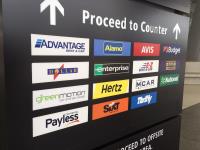 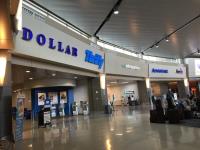 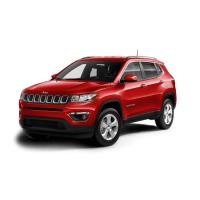 
Birmingham, located at the heart of England, is one the UK’s premier cities. In recent years, it has undergone something of a revival, including the redevelopment of the central area and the opening up of the canals for leisure activities. Birmingham’s excellent exhibition and concert venues also continue to run schedules of world-class events.

With a clutch of excellent museums and galleries, football at both Birmingham City and Aston Villa, and an eclectic, electric nightlife scene, Birmingham is a fantastic spot for a city break (even more so in late November when the German Christmas markets arrive).

But it is for the shopping that most visitors come. When you fancy a spot of retail therapy, the centre of Birmingham has something for everyone. The main shopping centres - the Bullring, Mailbox, Pavilions and the amazing new Grand Central - have a great mix of top high street and designer brands, plus lots of unique, independent stores. If you want to commission your own piece of jewellery or just browse the stunning collections, it’s also worth a trip to the city’s Jewellery Quarter. It’s a 10-minute drive from central Birmingham, or a 25-minute trip by public transport.

Birmingham Airport (BHX) is on the outskirts of the city. It costs a few pounds per person to reach the city centre by train, or around £30 in a taxi. When you book cheap car hire, Birmingham Airport is 30 minutes by road from central hotels, making it a great-value alternative to travel by taxi or public transport. Arrange to collect your vehicle at the airport for just after your scheduled arrival time. Alternatively, pick up your pre-booked car from a downtown location.

With rates from just a few pounds per day, car rental in Birmingham is a smart investment, especially when you realise what’s nearby. Read on for more about that and then search for cheap car hire with CARNGO. We’ll get you on the road for less than you think.


Where to explore
Hold on, did somebody say chocolate? Oh yes, and there’s plenty more besides on the borders of Birmingham…


With good-value car hire, Birmingham is so much more than a great city-break destination.

Smiles spread pretty wide when you mention Cadbury World, which is a 25-minute drive from central Birmingham. And they’ll need to be very wide to cram in the chocolate bars that get dished out during your fascinating journey through this family attraction.

You can then fix those grins in place with a day at Alton Towers (80 minutes away by road) or Drayton Manor Theme Park (30 minutes away), where Thomas Land thrills the littlest family members. Animal lovers are also spoilt for choice, with West Midlands Safari Park, Trentham Monkey Forest, Twycross Zoo or Dudley Zoological Gardens all within easy striking distance.

Entertainment of all kinds – cricket at Edgbaston, football at the city clubs, music concerts and exhibitions at the NEC and Genting Arena – is simpler to access with a hire car.

Also within reach are dozens of historical attractions, such as Warwick Castle (an hour’s drive from Birmingham) and Stratford-upon-Avon, birthplace of William Shakespeare.

Other fun days out include the Thinktank Birmingham Science Museum, an interactive centre featuring a state-of-the-art planetarium, and the open-air Black Country Living Museum (40 mins by road), where you can ride traditional trams and visit shops, houses, a fairground and a coal-mine.

It’s easy to find great rates on Birmingham car hire. With car hire in Birmingham you can visit the multitude of museums and heritage centres that the area contains. The Thinktank Birmingham Science Museum is an interactive and modern centre featuring a state-of-the-art planetarium. There's also the open-air Black Country Living Museum, where you can visit shops, houses, a school, fairground and coal-mine, as well as riding on traditional trams. Spend the day in Stratford-Upon-Avon, birthplace of Shakespeare, or Coventry with its stunning cathedral and motor museum.

Need a little more space for your UK road trip? With minibus hire, we’ll make sure no one gets left behind.

Birmingham Airport has seven of the largest global car-hire firms with desks in the Arrivals area.
Dedicated collect-and-return car parks are located within easy walking distance of the terminal building.

Once you have passed through security, the car hire desks can be found within the arrivals lounge. They can be found between Costa and Wrapchic. The car hire teams will be able to direct you to their specific car collection points which can be found next to the entrance of Car Park 4. This is around a 5 minute walk from the terminal.

There are no reviews for Car Hire Birmingham. Write a review now.