1 reviews
Report a problem
Add your business for free + 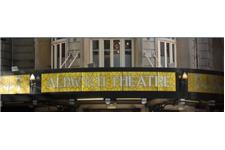 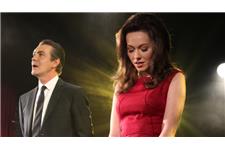 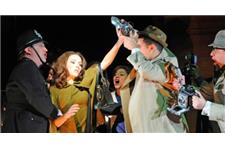 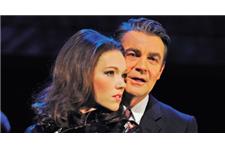 The Aldwych theatre was founded in 1905 as a companion to Novello and was run by Seymour Hicks and the famous American impresario, Charles Frohman. Many memorable productions, including shows, musicals and musical comedies were performed in this century-old stage. Now the history of the theatre has completed a full circle, as it is again owned by an American named James Nederlander. Michael Cordon Plays Ltd. is responsible for running the theatre on behalf of its owner.

Currently, the show of Top Hat is running on the Aldwych theatre. This is one of the all-time favourite dance musicals, staged seventy-seven years after the famous silver screen presence in Hollywood. The show is an amusing celebration of 1930’s song and dance, featuring magnificent sets, gorgeous costumes and romantic love story. The show has been nominated for four Academy Awards for bringing back the glory of Hollywood’s Golden age through excellent acting, dancing and singing by the performers.

Aldwych Theatre offers nice hospitality to the privileged audience for enjoying the show with excellent food and drink. The visitors can book their tickets with a suitable package to get warm reception with champagne. The next upcoming show at Aldwych Theatre is Stephen Ward, a dramatical plot on social scandal.

Katherine Morgan
Experience Soulful Music - How London’s elite society experienced the Profumo scandal of the sixties is the real essence of Stephen Ward, a musical by Andrew Lloyd. The play centring round the drastic rise and fall of the protagonist coupled with impactful music, have kept me glued to the stage act. I would recommend literary enthusiasts to watch the theatrical excellence of the play.